Debian GNU/Linux adopted in the Extremadura

From now on, all workers of the public administration will also use
Open Document Formats (ISO/IEC DIS 26300) for their office
applications as well as PDF/A (Portable Document Format, ISO
19005-1:2005) for document exchange, when guaranteed unalterable
visualisation is required.

Vázquez de Miguel explained that at the end of the period all
additional software must be distributed under a free license. «This
is an important initiative that the Junta of Extremadura has been
working on for a long time, accumulating experience and analysing the
impact on our organisation so as to guarantee its success», the
councillor declared. According to Vázquez de Miguel, Free Software
also improves security, autonomy and rationalises public spending.

Using Open Document Formats will guarantee the conservation of all the
administrative documents for longer periods of time. It will also
improve the relationship with the general public since it’s not
obliged to acquire proprietary software to access official documents.

Extremadura is an autonomous region in the West of Spain, with a
population of about 1 million. It is well known due to its innovative
efforts to bring the information society to all citizens, recognised
with distinctions such as the 2004 European prize for regional
innovation, granted by the European Commission.

gnuLinEx is based on Debian GNU/Linux 3.1, with GNOME as the default
desktop. In 2004, it was already deployed in all public schools in
Extremadura, and was in use in other environments, such as community
centres. gnuLinEx closely follows the development of Debian, with a
special focus on translation into Spanish, and easy of use and
maintenance.

Debian GNU/Linux is a free operating system, developed by more than a
thousand volunteers from all over the world who collaborate via the
Internet. Debian’s dedication to Free Software, its non-profit nature,
and its open development model make it unique among GNU/Linux
distributions.

The Debian project’s key strengths are its volunteer base, its dedication
to the Debian Social Contract, and its commitment to provide the best
operating system possible.

For further information, please visit the Debian web pages at
http://www.debian.org/ or send mail to press@debian.org. 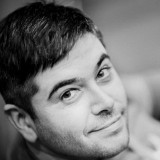 This website uses cookies to improve your experience while you navigate through the website. Out of these, the cookies that are categorized as necessary are stored on your browser as they are essential for the working of basic functionalities of the website. We also use third-party cookies that help us analyze and understand how you use this website. These cookies will be stored in your browser only with your consent. You also have the option to opt-out of these cookies. But opting out of some of these cookies may affect your browsing experience.
Necessary Siempre activado
Necessary cookies are absolutely essential for the website to function properly. This category only includes cookies that ensures basic functionalities and security features of the website. These cookies do not store any personal information.
Non-necessary
Any cookies that may not be particularly necessary for the website to function and is used specifically to collect user personal data via analytics, ads, other embedded contents are termed as non-necessary cookies. It is mandatory to procure user consent prior to running these cookies on your website.
GUARDAR Y ACEPTAR
A %d blogueros les gusta esto: